From Creation to Abraham 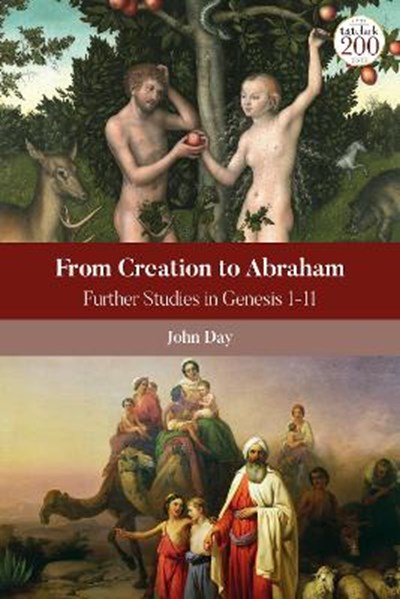 From Creation to Abraham

Publisher: Bloomsbury Publishing PLC
ISBN: 9780567703101
Number of Pages: 288
Published: 18/11/2021
Width: 15.6 cm
Height: 23.4 cm
Description Author Information Reviews
John Day investigates disputed points of interpretation within Genesis 1-11, expanding on his earlier book From Creation to Babel with 11 stimulating essays. Day considers the texts within their Near Eastern contexts, and pays particular attention to the later history of interpretation and reception history. Topics covered include the meaning of the Bible's first verse and what immediately follows, as well as what it means that humanity is made in the image of God. Further chapters examine the Garden of Eden, the background and role of the serpent and the ambiguous role of Wisdom; the many problems of interpretation in the Cain and Abel story, as well as what gave rise to this story; how the Covenant with Noah and the Noachic commandments, though originally separate, became conflated in some later Jewish thought; and the location of 'Ur of the Chaldaeans', Abraham's alleged place of origin, and how this was later misinterpreted by Jewish, Christian and Islamic sources as referring to a 'fiery furnace of the Chaldaeans'. These chapters, which illuminate the meaning, background and subsequent interpretation of the Book of Genesis, pave the way for Day's forthcoming ICC commentary on Genesis 1-11.

John Day is Emeritus Professor of Old Testament Studies and Emeritus Fellow & Tutor of Lady Margaret Hall at the University of Oxford, UK