Cambridge Companion to the Apostolic Fathers 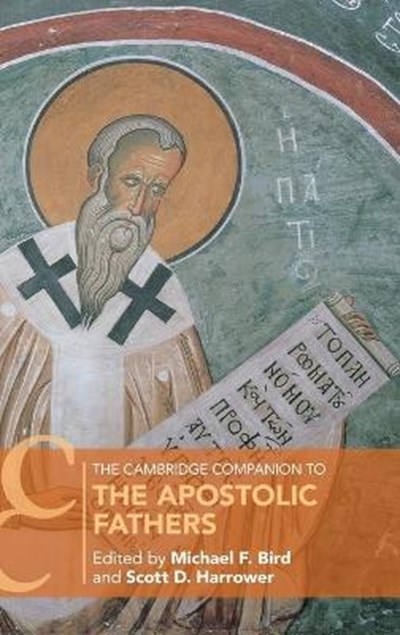 Cambridge Companion to the Apostolic Fathers

eBook FAQ
Add to Basket
Publisher: Cambridge University Press
ISBN: 9781108429535
Number of Pages: 400
Published: 17/06/2021
Width: 15.2 cm
Height: 22.9 cm
Description Author Information Reviews
The Cambridge Companion to the Apostolic Fathers offers an informative introduction to the extant body of Christian texts that existed beside and after the New Testament known to us as the apostolic fathers. Featuring cutting-edge research by leading scholars, it explores how the early Church expanded and evolved over the course of the first and second centuries as evidenced by its textual history. The volume includes thematic essays on imperial context, the relationship between Christianity and Judaism, the growth and diversification of the early church, influences and intertextuality, and female leaders in the early church. The Companion contains ground-breaking essays on the individual texts with specific attention given to debates of authorship, authenticity, dating, and theological texture. The Companion will serve as an essential resource for instructors and students of the first two centuries of Christianity.

Michael F. Bird is Academic Dean and Lecturer in Theology at Ridley College in Melbourne, Australia and Senior Research Fellow with the Australian College of Theology. He is author of several books including The New Testament in its World (co-authored with N.T. Wright), Paul and the Second Century (co-edited with Joseph Dodson), and The Gospel of the Lord: How the Early Church Wrote the Story of Jesus. Scott D. Harrower is lecturer in early church history and theology at Ridley College in Melbourne, Australia. He has published articles on Syrian Christianity, comparative hagiography, and Augustine of Hippo, as well as books on women in the early church and the Trinity. He is also co-editor of Cascade's Studies in Early Christology.