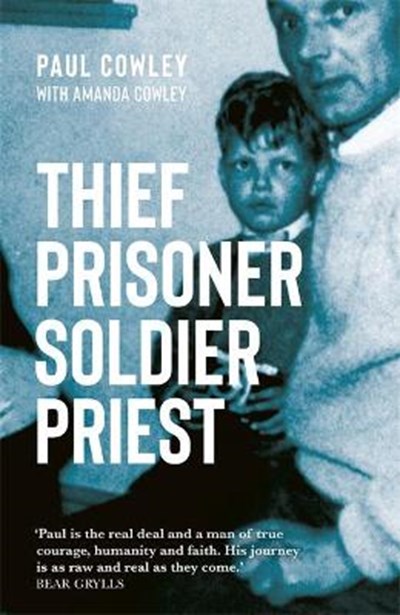 eBook FAQ
Add to Basket
Publisher: Hodder & Stoughton
ISBN: 9781529303766
Number of Pages: 272
Published: 16/04/2020
Width: 15 cm
Height: 23.2 cm
Description Author Information Reviews
Paul Cowley grew up in Manchester amid the chaotic world of his alcoholic parents. His early exposure to heavy drinking, explosive arguments and the unnerving aggression of his father led him into homelessness and crime. By seventeen he was behind bars. Years later, following a career in the army which 'made a man of him' yet ultimately failed to give him direction and purpose, Paul's search for meaning resulted in an unexpected encounter with God that changed his life for ever. This remarkable and touching account of his early years, from thief to prisoner, soldier and, eventually, priest, should inspire anyone who feels their life is out of control. It is, by turns, a dramatic, traumatic and comic story, yet one that stands as a testament to how God offers hope to all who have the courage to respond.

Paul Cowley is on the leadership team at Holy Trinity Brompton and founded the charity Caring for Ex-Offenders. He has twenty-five years' experience of working with socially excluded and vulnerable adults, and is the Bishops' Advisor to Prisons in London. In 2015 he was awarded an MBE for services to ex-offenders. Amanda Cowley is a landscape painter and writer. After a career in television as an art director she continued to exhibit her paintings and is in the process of completing her first novel. Amanda is involved with her husband in ministering to the people of an estate church, linked to HTB's parish, in North Kensington.