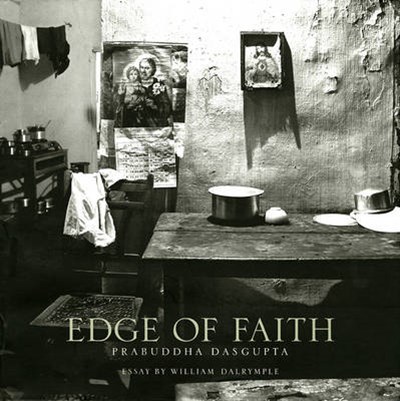 QTY
Add to Basket
Publisher: Seagull Books London Ltd
ISBN: 9781906497316
Number of Pages: 140
Published: 24/11/2009
Description Author Information Reviews
Located on the west coast of India along the Arabian Sea, Goa officially became an Indian state in 1987 after nearly five hundred years of Portuguese rule. This conflict of cultures is captured by Indian photographer Prabuddha Dasgupta in "Edge of Faith". The book's seventy striking photographs create an intimate portrait of the Catholic community in Goa rarely seen before - a portrait of people torn between their fidelity to a history of Portuguese faith and culture and their post-independence Indian identity. In addition, acclaimed travel writer William Dalrymple provides an accompanying text that explores both the history of Goa's Catholic past and its struggle to deal with its multicultural, multireligious present. "Edge of Faith" captures Catholic Goa in a haunting, but beautiful, impasse - caught in a time warp between comforting nostalgia and a doubt-ridden, insecure future.

Prabuddha Dasgupta is a self-taught photographer and the author of Women and Ladakh. His work is in the collections of many institutions, including Museo Ken Damy and Galleria Carla Sozzani. William Dalrymple divides his time between London and Delhi. His other books include In Xanadu, City of Djinns, The Age of Kali, and The Last Mughal.

"An intense man with so many auras, India's Avedon, Prabuddha Dasgupta gives us images that burn in our memory, long after they are seen no more." - Asian Age "William Dalrymple has superseded Mark Tully as the voice of India.... He may well be the greatest travel writer of his generation." - Robert Twigger, Spectator"