Life of Saint Teresa of Avila 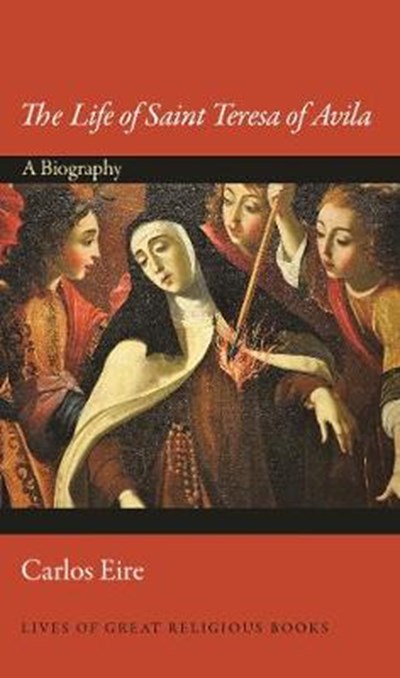 Life of Saint Teresa of Avila

eBook FAQ
Add to Basket
Publisher: Princeton University Press
ISBN: 9780691164939
Number of Pages: 280
Published: 11/06/2019
Width: 14 cm
Height: 21.6 cm
Description Author Information Reviews
The life and many afterlives of one of the most enduring mystical testaments ever written The Life of Saint Teresa of Avila is among the most remarkable accounts ever written of the human encounter with the divine. The Life is not really an autobiography at all, but rather a confession written for inquisitors by a nun whose raptures and mystical claims had aroused suspicion. Despite its troubled origins, the book has had a profound impact on Christian spirituality for five centuries, attracting admiration from readers as diverse as mystics, philosophers, artists, psychoanalysts, and neurologists. How did a manuscript once kept under lock and key by the Spanish Inquisition become one of the most inspiring religious books of all time? National Book Award winner Carlos Eire tells the story of this incomparable spiritual masterpiece, examining its composition and reception in the sixteenth century, the various ways its mystical teachings have been interpreted and reinterpreted across time, and its enduring influence in our own secular age. The Life became an iconic text of the Counter-Reformation, was revered in Franco's Spain, and has gone on to be read as a feminist manifesto, a literary work, and even as a secular text. But as Eire demonstrates in this vibrant and evocative book, Teresa's confession is a cry from the heart to God and an audacious portrayal of mystical theology as a search for love. Here is the essential companion to the Life, one woman's testimony to the reality of mystical experience and a timeless affirmation of the ultimate triumph of good over evil.

Carlos Eire is the T. L. Riggs Professor of History and Religious Studies at Yale University. His many books include the bestselling memoir Waiting for Snow in Havana, which won the National Book Award for nonfiction; Reformations: The Early Modern World, 1450-1650; and A Very Brief History of Eternity (Princeton). He lives in Guilford, Connecticut.